2019 is a special birthday year for me. There’s a 0 involved. Dare I say it out loud? Yes, I’m turning 40 this year. Forty! Ugh, let’s not dwell on that, agree that you’re only ever as old as you choose to be (in which case I will perpetually be 26 years old) and focus on the really important news here: I’m going to Europe again!

I had so many bucket list options to choose from (Egypt! Jordan! Iceland!), but because we’re a little older now and we have the little one travelling with us, we have to adapt our travel style and the places we plan on going to. As such, this holiday has had quite a few iterations before we settled on our final destination (more about that in a minute).

I originally wanted to do a road trip of Turkey, and then realised that even though I am fascinated by old ruins and can spend hours in the company of what essentially amounts to rubble, a toddler will not find that kind of trip quite as interesting and will make very sure we’re aware of that. I thought we could do two weeks driving from one sight to the next and spend the last week on a beach off the Turkish coast, but that would mean a lot of packing and unpacking and a toddler out of his comfort zone is a grumpy toddler. Also, I won’t be travelling across the world for a week at the beach when Mauritius is just a 2-hour flight away from home.

Then I thought we could go to Disneyland, but America is just too darn expensive to get to if you’re coming from South Africa.

That led us to consider Disneyland Paris and for a while we really planned on staying there for a few nights and then maybe a week in Paris itself followed by a hop over the Channel to go and introduce the little one to his Welsh family. But… friends have warned me that the French amusement park isn’t as nice as you’d hope it would be and that hours and hours queuing in the sun also isn’t the best thing to do with a toddler. So Disneyland was scrapped and since this is a special holiday I wanted a special destination that’s new to me, so France and Wales also got rejected.

Our next bright idea was going on a Mediterranean cruise. Although we really didn’t enjoy the one and only cruise we’ve been on, it would be ideal in terms of only unpacking once, seeing many destinations in one trip and being able to leave the little one behind in the capable hands of the Kids Club staff during the day while we go out exploring. This seemed like the best option and I spent many hours comparing routes – I definitely want to go somewhere I haven’t been to before, so my one requirement was that the ship should stop in Dubrovnik, Croatia. Then it just became a matter of deciding whether or not we want to fly to Valetta or Venice and if we’d rather see many Greek islands or only have two stops in Greece but one in Turkey as well instead.

I was on the verge of making the booking, but a few things held me back:

And then it hit me. I want to do a road trip and I want to have the freedom to plan my route, but I don’t want to pack and unpack all the time and I don’t want to struggle with a toddler who needs to go to the loo when we’re driving through the middle of nowhere.

Travelling by campervan has a special place in my heart, because that is how I first explored Europe. Gareth and I both love camping and we’re eager to take the little one on his first camping trip.

At first this seemed like the perfect opportunity to go and explore Turkey. We could still go see all the history I am interested in, but we could stop anywhere we liked when the little one got bored or overwhelmed. I read up about travelling through Turkey in a campervan and everyone who had done it raved about what a wonderful experience it was. But they all said the same thing – the camping sites in Turkey are substandard and they all recommended free camping (which is when you park your campervan in the wild instead of at a camping site). While I personally don’t mind free camping (in fact, I love the idea of freedom it represents), it means we won’t have a place to bathe the little one every night, since campervans come with teeny tiny showers and everyone with a toddler will tell you that is just a recipe for disaster.

So we need a country with good camping sites that I haven’t been to yet, and I still ached to see Dubrovnik…

I am sooooooo excited about the plan we finally settled on! We are going to campervan through Croatia and Slovenia, with quick stops in Montenegro and Bosnia & Herzegovina thrown in for good measure. Apparently these countries have fantastic camping sites and just the right amount of nature, history, beaches and picture-perfect towns that we’ve been looking for!

Almost everyone I’ve told about our plan has responded in the same way: “Why would you want to go see all the war-torn parts of Eastern Europe?” Which, I suppose, is fair enough. I mean, these countries all used to form part of Yugoslavia, and never in my life did I ever dream of going there. But my answer to this is, go Google Dubrovnik, Plitvice Lakes, Kotor, Mostar and Lake Bled and then try telling me it’s not a dream trip.

I’ve bought my Rick Steves travel guide and I’m busy working on a three-week itinerary that keeps me awake at night in excitement.

Forty? Bring it on!

What do you think of our travel plans? Have you campervanned in Croatia and Slovenia? Do you have any recommendations for us in terms of camping sites or attractions or things to do with toddler while we’re there? 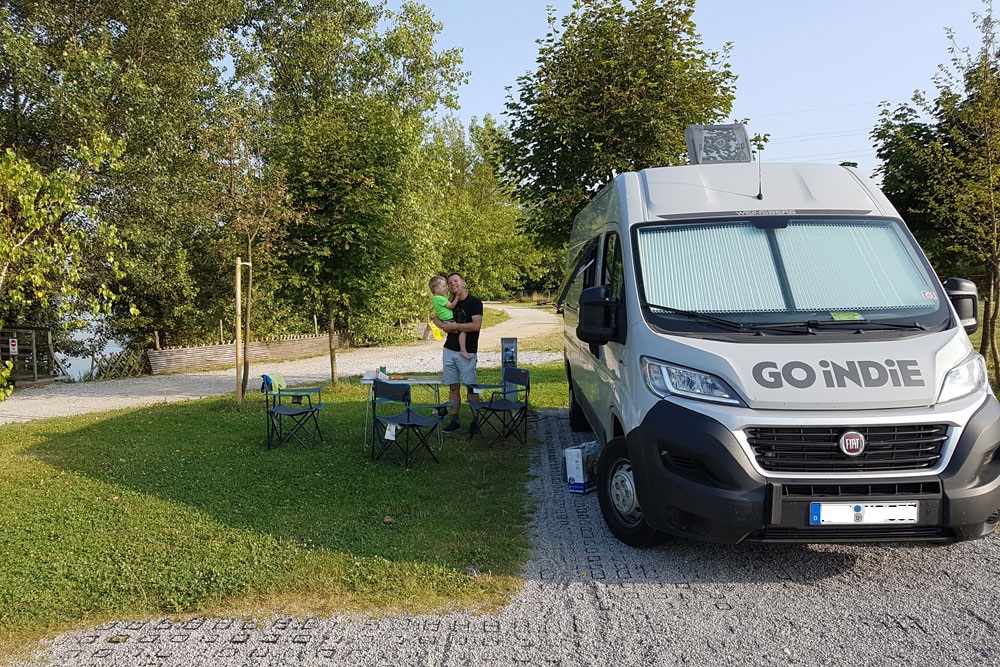 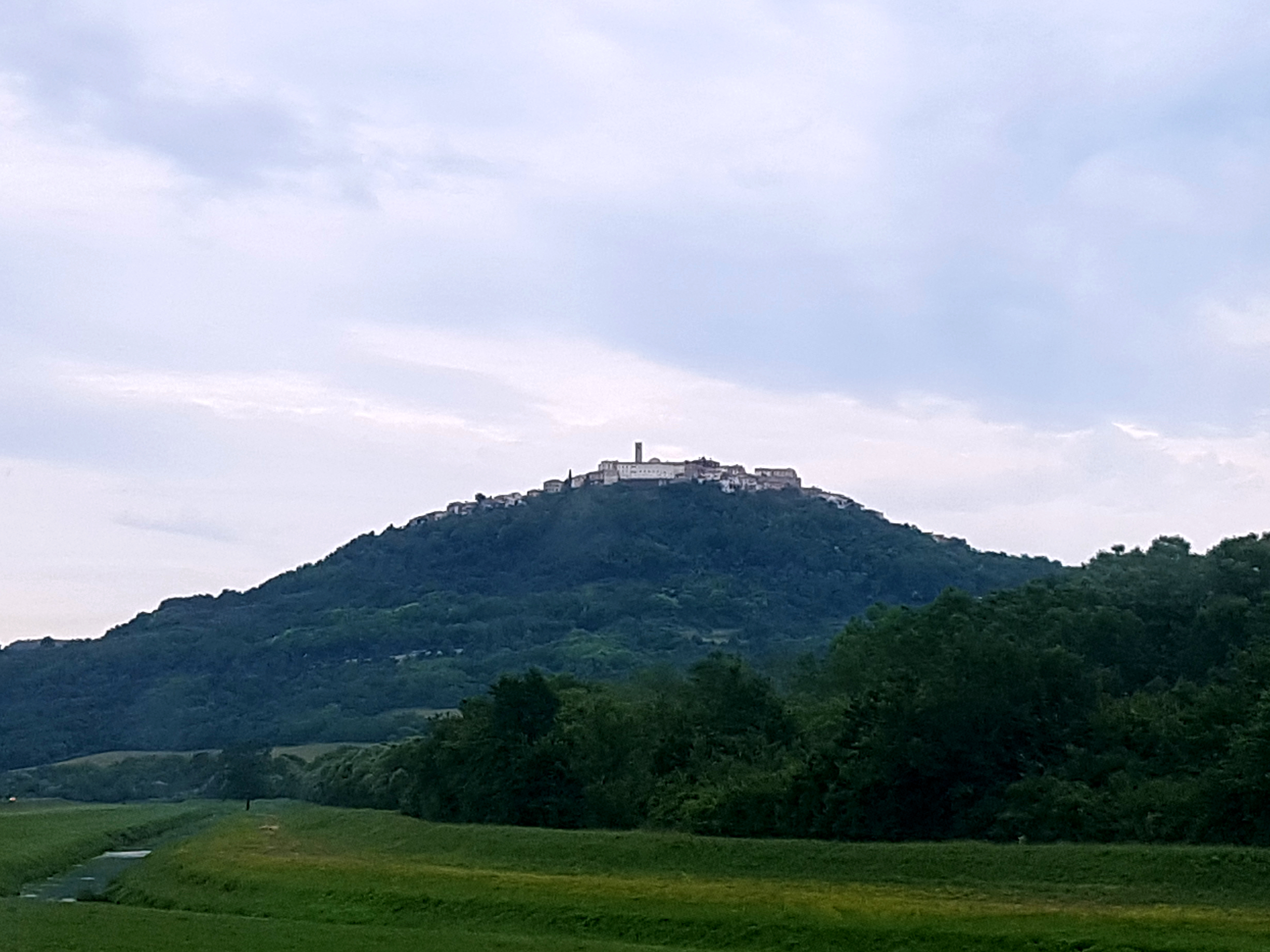 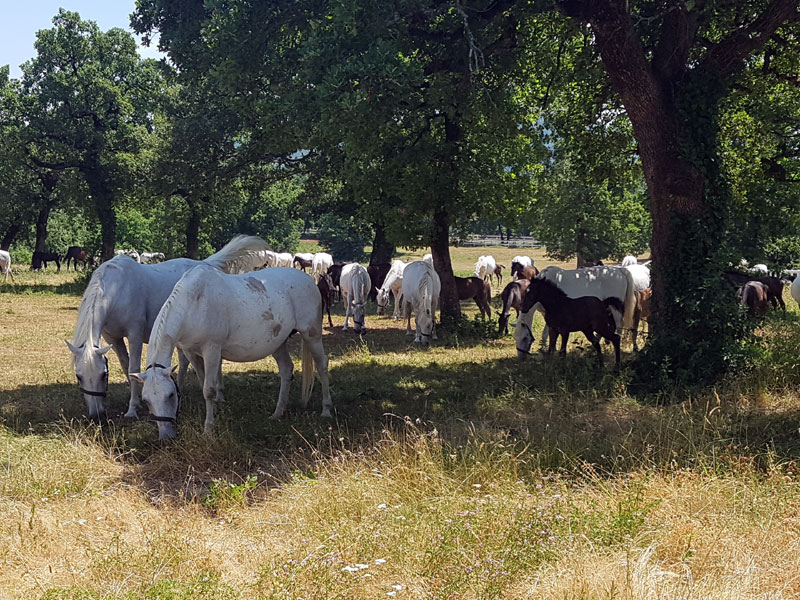 Lippizaners at the Lipica Stud Farm