Gibraltar was a definite highlight of our trip to the south of Spain, mainly because we had opted to take a bus tour and had a wonderfully witty guide who managed to keep me entertained all day. While he expertly navigated the narrow streets of this small island city, he kept up a continuous narrative about the sights along the way, pointing out landmarks I wouldn’t have noticed had we travelled independently, and giving some insight into what life is like for the inhabitants of this quirky British Overseas Territory.

Because there is so little land available, property prices are sky high and most of the people who work on the island actually live in nearby Spanish towns. The locals we encountered were mostly expats with noticeably British accents and the streets we walked through were dotted with red post boxes and pubs offering fish and chips for lunch. Gibraltar is as British as British can be, with the exception of bright blue sky and a hot Mediterranean climate. The olive-skinned teenagers talking to each other in a strange mixture of Spanish and English, a unique vernacular called Llanito, seemed a strange contrast.

The first stop on our way up the Rock was at a lookout point that offered views of three countries on two continents: we could see the rest of Gibraltar around us, Spain to our left and the hazy coast of Morocco in the distance. The wind tried its best to obscure my view by whipping my hair into my face the whole time, but perseverance paid off and I managed to capture a few photographs of the bay that didn’t have strands of hair spoiling the scenery. The Strait of Gibraltar is notoriously rough, because it is the meeting point between the Atlantic Ocean and the Mediterranean Sea. Huge cargo ships were bobbing just outside of the harbour, ostensibly to avoid paying the taxes anchoring inside would incur.

The Rock is apparently a warren of tunnels used during World War II to house military headquarters and a hospital, but unfortunately our tour did not include entrance to them. Instead, we went up all the way to the top and visited St. Michael’s Cave. I have to admit, unless you’re an avid geologist, if you’ve seen one cave, you’ve seen them all and this one wasn’t as impressive as South Africa’s own Sudwala or Kango caves, in my opinion. However, what I did find interesting was seeing what the interior structure of a fallen stalactite looks like – almost like reading the rings on a very old tree. The cave is also home to an auditorium that can seat more than 100 people and is used for concerts, plays and other cultural events.

Once I elbowed my way past the tourists hovering inside the curio shop to where the bus was waiting, the real stars of Gibraltar made their appearance: the Barbary Macaques. We’d been warned by our guide not to feed them as they can be aggressive and we were even asked to leave our bags inside the bus, since the monkeys have been known to grab them in search of food. However, he was playing and talking with the monkeys as if they were old friends, every now and then slipping them bits of hard macaroni. He gave me a piece as well, which I offered to a monkey. The furry creature took it quite daintily from me and I could feel how soft its hands were – I wondered what secret moisturiser it was using that I didn’t know about.

When everyone had had enough monkey business, we got back onto the bus and, while laughing at one of the monkeys who was hitching a ride on the side mirror, made our way to the centre of town. Gibraltar is a duty-free shopping district, although you have to pay tax once you cross over into Spain again if you’ve spent more than a certain amount on various goods. After buying a huge strawberry smoothie from a stand operated by a friendly ex-Kiwi and her daughter, Gareth and I walked through the main street, comparing prices and pointing out high street fashion brands we remember from our time living in Wales.

All too soon it was time to get back on the bus that would take us home to Fuengirola. We tried our best to get a good picture of Gibraltar, but the sway of the bus combined with the palm trees next to the road made it impossible. But I won’t need a good picture to remember the huge Rock jutting out of the ocean at the southern tip of Spain.

For more posts in the Spain 2010 series, click here. 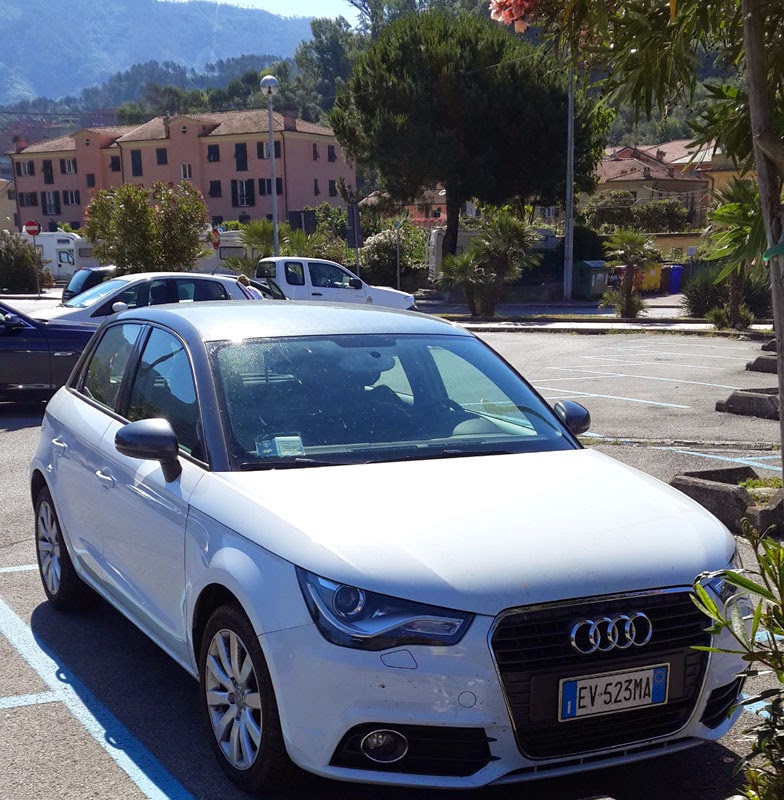 Driving in Italy – “Just a Suggestion” 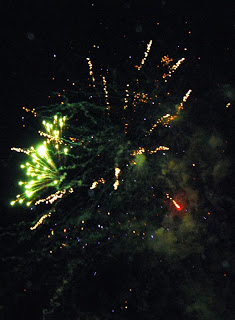 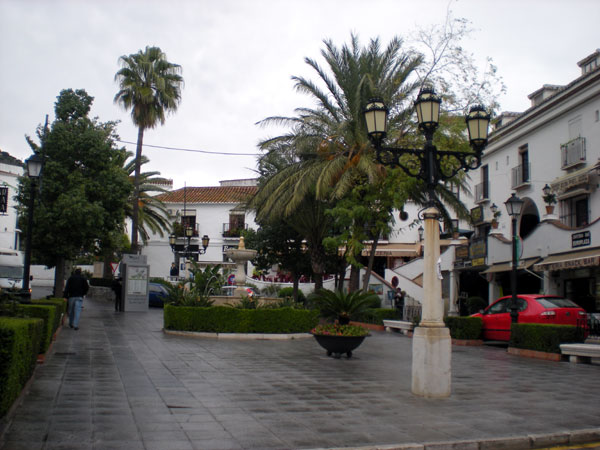 A Rainy Day in Mijas